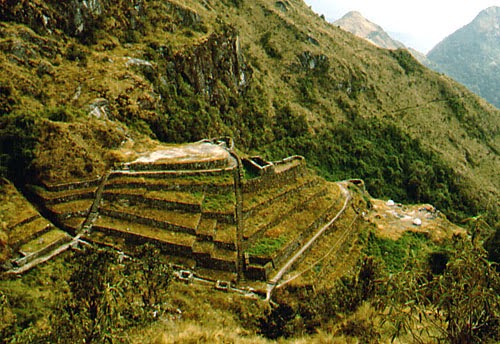 ntinent. Each year, more than 25,000 adventurers from around the world walk along 43 kilometers of this road which is paved all by the manufacture of the Incas, roads which lead to the amazing and magical citadel of Machu Picchu, which is located in the deep part of the jungle of Cusco. The journey begins in the town of Piscacucho, at kilometer 82, Cusco – “Aguas Calientes” railway line (Machu Picchu village), takes 3, 4 days of intense hike. The route shows us an impressive variety of altitudes, climates and ecosystems ranging from the mountains and peaks higher up the cloud forest. Travellers will cross during the walk two steps or fairly high altitude peaks (being the highest step of Warmiwañuska 4,200 masl) to complete the hike with a magical entrance to Machu Picchu through the Inti Punku or “Puerta del Sol/Sungate”.

WHAT DOES MAKE THE MAGIC AT THE INCA TRAIL HIKE? 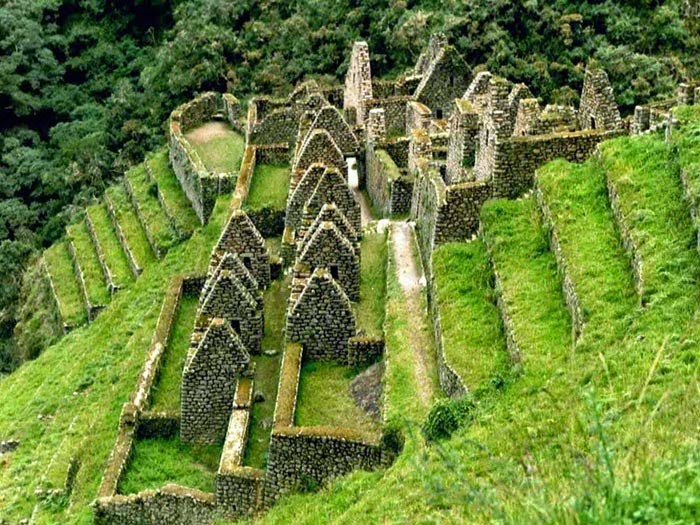 One of the main attractions along this great route, this is the old network of settlements all built in granite rock by the Incas as Wiñaywayna and Phuyupatamarca, two archeological groups immersed in the midst of an overwhelming natural setting. In addition to observe hundreds of varieties of orchids, multicoloured birds and dreamlike landscapes which provide the ideal setting for a route that the adventurers should perform at least once.

CLIMATE AND ENVIRONMENT OF THE INCA TRAIL

The climate is relatively mild all year round, with heavy rains from November to March, hot and dry weather from April to October, which is a recommended time to The minimum annual temperatures range from 8° to 11.2°C. In the months of June, July and August the temperature can often drop below zero.The maximum annual temperature ranges from 20.4° to 26.6°C. The terrain is quite irregular, with several gullies and streams fed by glaciers which eventually pour into the Urubamba River, which crosses the area forming a deep valley that runs through the granite base of Vilcabamba for more than 40 Km through a variety of ecosystems . 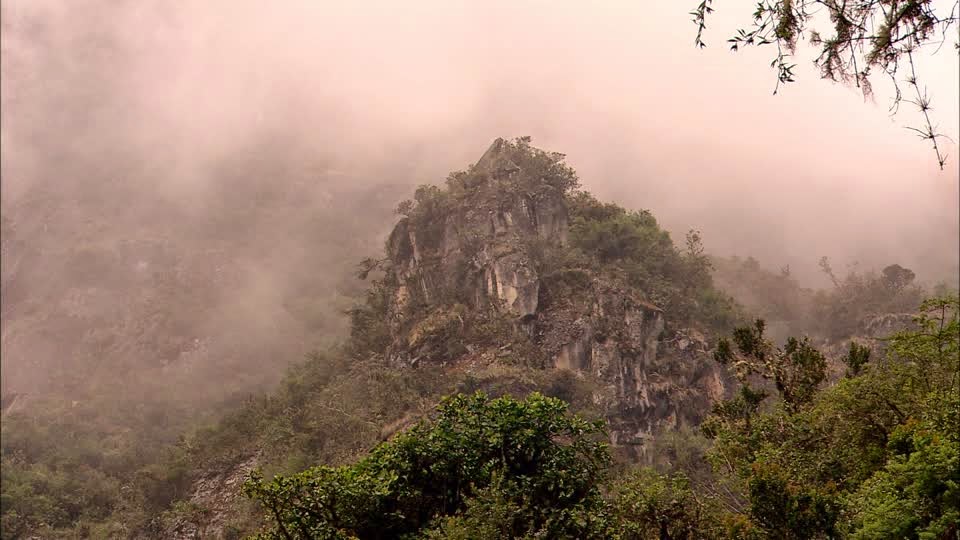 LANDSCAPES IN THE INCA TRAIL

The surroundings are impressive and the balance achieved between nature and Inca architecture is amazing, the mountains of Vilcabamba have large and high nevadodos peaks reaching 5,400 m.s.n.m as the snowy Salkantay, Humantay among others.

The blend of mountains, jungles and valleys create a fantasy world where sunrise and sunset are shrouded in mystery

THE GOOD, THE BAD AND THE UGLY IN THE INCA TRAIL

Apart from the spectacular scenery with incredible views of the mountains, Inca ruins wrapped in the ghostly mist morning cloud forest covered with moss and lush jungle along the way, there are some treats: no lamb trout, pork, beef, and many vegetarian choices, to name just some of the meals almost gourmet served en route “shop service” when the guides go to the traveller shop to wake it up and take the reconstituting morning of your choice (coca tea, coffee) and do not forget about the porters: hire one who will make the traveler enjoy much more this adventure, while not doing it, so it can easily ruin the experience.

Regardless of the season, cold at night sometimes extreme is practically guaranteed, even in summer, and bathrooms are located almost always a hike, some nights become unbearable to face the dilemma (to go or not go) despite very good shops and sleeping bags, mattresses are a bit tatty and the traveller could not forget you’re sleeping on the floor, the mats type egg carton without doubt would be better for walkers, although there are well-designed along bathrooms the way, no showers before the third day, for what there is better to bring deodorant.

It is difficult to find a flaw in this route in any respect, except one; the bathrooms although much better than expected from the point of view of facilities, daily maintenance is deplorable .Its state could be compared to a mix of baths a rock festival in its second day and a nightclub in Bangkok at 05:00 in the morning, a bucket with rinsing agent and a hose could do very well.

ABOUT WILDLIFE IN THE INCA TRAIL 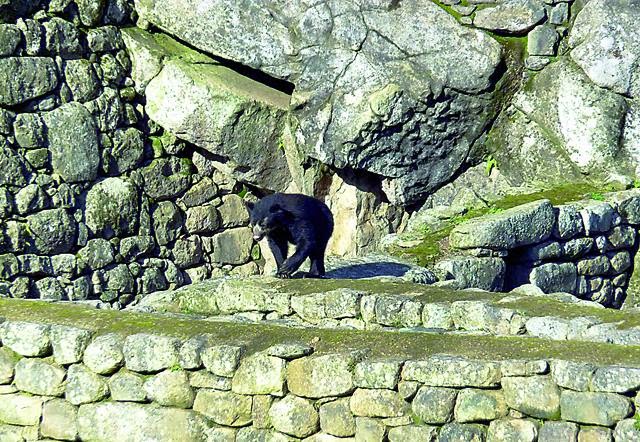 There is an abundant and varied amount. The existence of endangered species of endearing animals such as the spectacled bear (Tremarctos omatus), the Cock of the Andean Rocks (Rupicola peruviana), the dwarf deer (Pudu Mephistopheles), was one of the reasons for the Peruvian government decide to declare it Conservation Unit of intangible grade.

There are also reptiles like the straw mattress and micrurus coral snake (lethal for its venom), lizards, toads and numerous fauna of the jungle and the Andes that inhabit the sanctuary. This abundant wildlife makes the Sanctuary of Machu Picchu ideal for tourists and researchers who wish to admire or study animals. 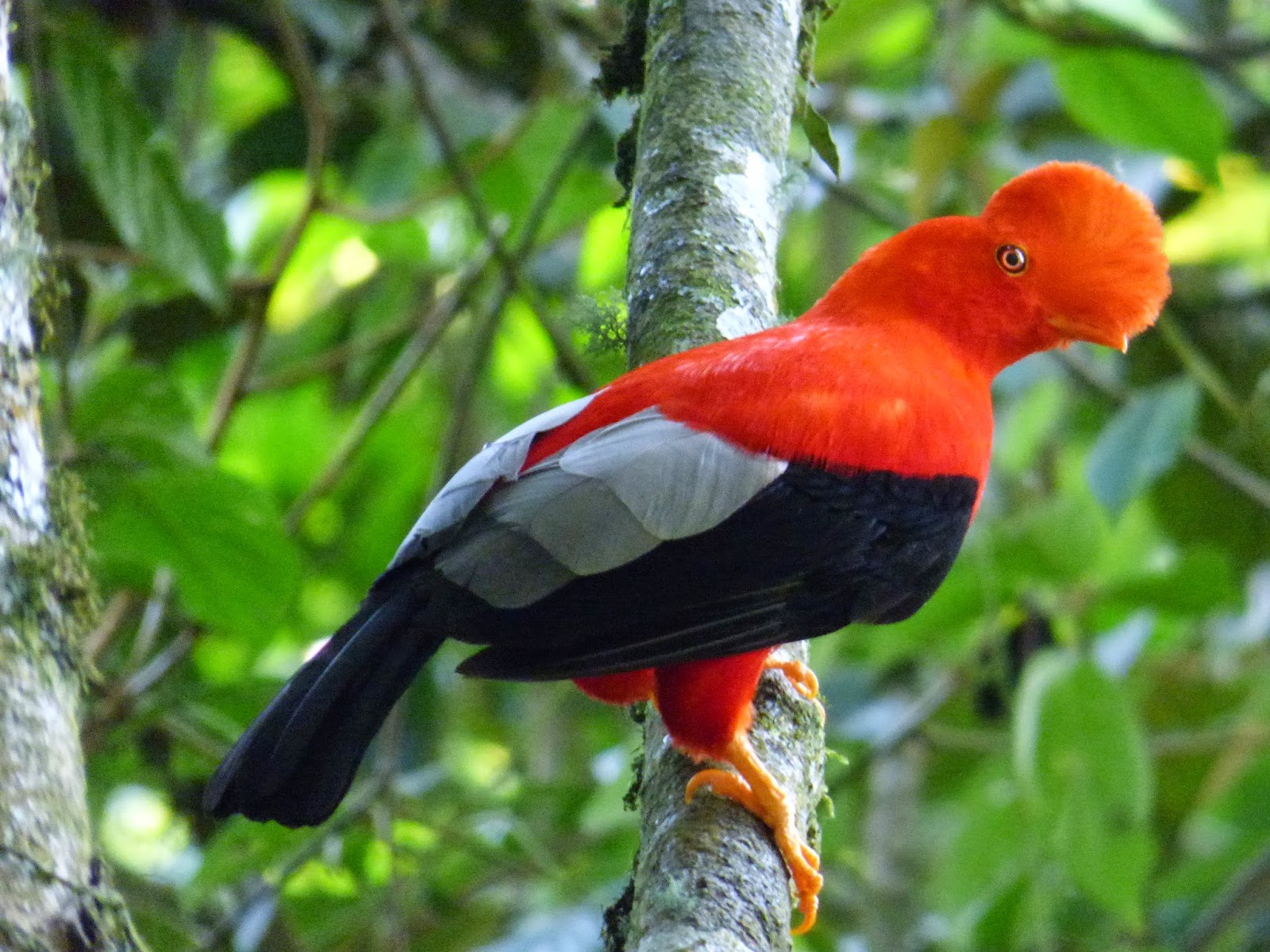 ABOUT THE FLORA IN THE INCA TRAIL

The long natural areas are filled with a variety of forest species, which vary according to the natural habitat. The forest vegetation is represented by trees as representative: k’euña, cedar, rosemary or intimpa, laurel, etc. There are also species like Ocotea, Pedocarpus, Guarea, Weinmania, Clusia, Cedropia, Cinchena, Eritrina or Pisonay, and oak among others. The decorative plants have made famous the sanctuary. Experts have identified more than 90 species of orchids and several species of begonias and puya cacti. Most of the area is covered by grasses, shrubs, trees silvers. The variety of conditions have created an ideal environment for the growth of various plants ranging from the thick jungle like clouds forest to the highest parts of the mountains atmosphere.

ABOUT THE ARCHAEOLOGY IN THE INCA TRAIL

Besides everything mentioned, there is also the cultural heritage of the Incas. The Inca Trail which was well built, crosses dense forests and deep canyons. There are 18 archaeological sites along the way which can be seen in all its glory.

These are composed of housing, irrigation canals, agricultural terracing walls and shrines, which are irrefutable proofs of the existence of important human settlements.